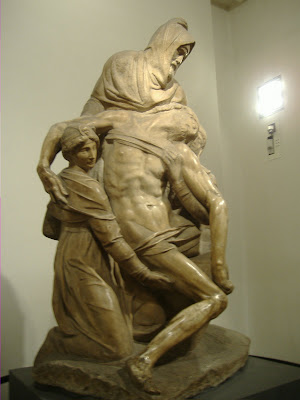 Next time you go to Florence, don't forget to swing by the Museo dell'Opera del Duomo, just behind the famous medieval Cathedral that seems to be the main draw, but which is really quite plain inside. Among the treasures in this museum, which I admit is heavy on stonework and half-smashed statues of cherubs and the like, is this pieta by Michaelangelo. In later life he became obsessed with this motif, bashing out statues in an attempt to find the perfect composition, before he managed to create the sublime work we find today in S. Peter's Basilica. In the image above, Christ is cradled by Nicodemus (some say Joseph of Arimathea), which is widely believed to be a self-portrait. This is also the only known instance of Michaelangelo damaging his own work: apparently he got angry at a difficult grain in the marble and smashed off Christ's arms in temper! 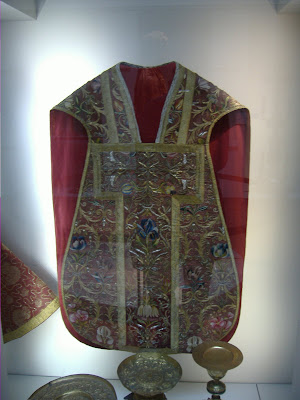 Although there isn't much in the museum by way of vestments, this fine set was in display along with some church plate. I think what we see here is a fairly typical Roman style of chasuble, rather than something local to Florence, but if anyone knows more than me, please illuminate us in the comments box! 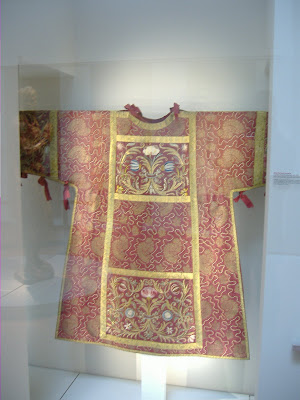 And this dalmatic. Ive seen plenty of pieces with shoulder fastenings, but never fastenings on the underside of the sleeve. 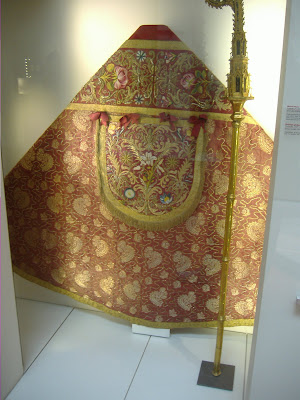 On to the cope. Quite lovely, goes with the above set. Presented here as an episcopal vestment. Sigh. I suppose in most of Italy de nos jours, it is only ever that. 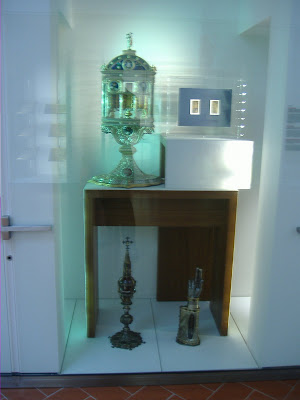 The museum also has a fascinating collection of reliquaries, including one shaped like a hand, which houses the forearm of some Saint whose name I couldn't read. I do wonder though, when these reliquaries will be going back onto altars. I do agree that they need to be on display, but I can't help feeling that Italian churches could do with sweeping the spider plants and poinsettias off the altar gradines and replacing them with some of these treasures.