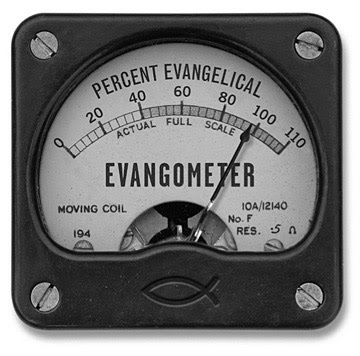 In the past few weeks, the UK media have reported several cases of anti-Christian discrimination in the workplace, where conflicts of interest have arisen between those people seeking to defend their religious convictions and integrity, and those who believe that doing so threatens the rights of others, and the balance of a multi-cultural, multi-faith and inclusive society. First there was the Baptist nurse, who was suspended and investigated after offering to pray for a patient’s recovery. Then there was the controversy over the motion passed by the General Synod of the Church of England affirming the uniqueness of Christ and encouraging a greater emphasis on evangelism in the Church, which one bishop claimed would jeopardise interfaith dialogue by “bringing a megaphone” to bear on discussions. Now the Archbishop of York has thrown his weight behind a primary school receptionist who is facing the sack after seeking support from Christian friends when her daughter was reprimanded for talking about Jesus in class.

Indeed, in the last few years, some claim that we are facing a groundswell of anti-Christian discrimination in this country. The Daily Mail quotes…


Former Tory minister Ann Widdecombe said: 'There is now daily evidence of
Christianophobia in this country and it is high time that it was tackled. It is
wicked to scold a small child for talking about Jesus. Even if the child was
talking about going to Hell, that is what Christians believe.'

One MP has called for a debate on what he believes is “systematic and institutionalised” discrimination against Christians, but does this all add up to a specific wave of anti-Christian sentiment in Britain?

It sometimes seems to me that our society, like others in the developed world, is suffering from a sort of faith-related schizophrenia, which like the genuine psychiatric condition can be defined as “a severe mental disorder characterised by some, but not necessarily all, of the following features: emotional blunting, intellectual deterioration, social isolation, disorganised speech and behaviour, delusions, and hallucinations.” Just like individual sufferers of schizophrenia, our society is likely to experience a cacophony of voices that conflict with each other and bring confusion and disorder to reign. Indeed, the fact that our social discourse is made up of so many dissonant parts that make up the whole means that I cannot comfortably declare that Britain is, as a whole, heading in a specifically anti-Christian direction, or in any direction at all: the voice of those who decry what they perceive as an increase in anti-Christian discrimination, like the voice of those squawking, triumphalist Dawkinsian Atheists, is just one voice among many.

This is why our society lurches from one extreme to the other; because we are all vulnerable to the attractions of consequentialism, and because extremists always shout the loudest. One moment we hear accusations that Islamophobia is rife in political and public institutions and the next we hear accusations that the authorities are exhibiting favouritism by falling over themselves to defend Muslims and their religion before all others. Undoubtedly there will be some who feel this now, in the wake of the Home Office’s decision to deny Dutch MP Geert Wilders from entry to the UK, citing public safety concerns over his anti-Islamic views, at the same time that anti-Semitic violence is increasing and Christians are feeling like the latest victims of a policy of radical inclusivism.

But as one Muslim commentator said this morning on BBC Breakfast, why should we have anything to fear? He argued that Muslims who firmly believe in the divine origin of the Qur’an may be offended by Geert Wilder’s film about Islamic extremism, but that they have nothing to fear in a public debate of the issues, however extreme the views expressed.

So how do we need to speak in this cacophony of voices? How do we respond to the call to evangelise our country in the face of such hostility? Is there a solution, a response, to the fractured, conflicting and confused society we live in?

I believe firmly in the power of prayer. To me, this is just something that Christians believe in. When a school secretary is berated for requesting the prayers of her friends, I believe the best response is to stand by those prayers, to stand in those prayers and to make them real. What an example she provided for us in turning first to prayer before anything else and what a response that demands from us, a united response in solidarity. This is why we so needed this motion to be passed by Synod, to be renewed in and united around the person that gives meaning to our lives: Jesus Christ. This is why we are lucky to be tested so hard; by the outrages of church politics, by the economic recession, by the attacks of people who are hostile to religious faith. As Anglican Catholics, I sometimes feel that we don’t take the full brunt of the attack on Christians, whereas those belonging to more openly evangelical protestant communities do. It seems that those hostile to Christianity, whether they be disciples of radical Atheism or self-satisfied liberals view us as quaint, benign or frivolous and not to be taken seriously. Yet we are at risk of being voted out of our own church by forces within it hostile to our beliefs, and the lessons are there to be learned. The test of our faith is whether we can stand by it in a fight, and we know, like the apostles knew, that the only weapon we have to wield is prayer.

I also believe that the unique witness of Christianity is in bringing hope, and in our society there is no more costly gift. Costly because it is so difficult to convince others to cling to hope when everything seems lost, but costly also because it demands from us a total fidelity to the one in whom we hope. Let us respond to the challenges we face, the many and diverse challenges, by sharing our hope with others. This is what evangelism is really about, not megaphones and placards. We need to lead by example: the example of Christ.
Posted by ex_fide at 15:44