High Churchmanship and Anglo-Catholicism - what now? 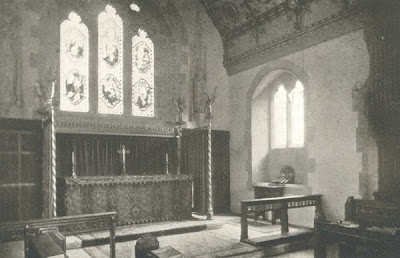 At some point in the last century, the term "High Church" became a perjorative term used by those who called themselves "Anglo-Catholics" to denote groups who had not become "ritually advanced" to the point of celebrating the Roman Liturgy and practising contemporary Roman Catholic devotions. The term was used to distinguish the post-Ritualist and predominantly Romanised Anglo-Catholics from those who persisted in the Tractarians' cautious cleaving to the Prayer Book whilst quietly reserving the Sacrament in aumbries and increasing celebrations of the Holy Communion on Sundays and feast days. In more recent times, "High Church" has been applied to Liturgy to describe practices that, while headed in the right direction, don't quite meet the accepted standard of the Western Rite: A Prayer Book Eucharist with Copes and incense on Feast Days rather than the Roman Mass followed by an Act of Consecration to the Sacred Heart or similar. The idea behind this use is that High Church parishes have not made it all the way to being fully "Catholic", as they insist on using Cranmer's Liturgy and regard Baroque church fittings, Ultramontane teaching and the promotion of contemporary Roman Catholic devotions as ostentatious and extreme. "After all," they would say, "this is the Church of England!".

This was a significant, if not the most signficant, split between the groups and parties that believed themselves to be heirs of the Oxford Movement. It was part of a trend that involved a dynamic between Teaching and Practice throughout the latter half of the nineteenth century, Tractarianism spawned the Branch Theory, and this focus on the relationship of the C of E to the Medieval Church instigated a re-appraisal of the Anglican Liturgy, creating the necessary conditions for the Ritualist movement, which in turn crystalised around Liturgical Romanism which produced and fed Ultramontanism and Anglo-Papalism, leading to the apogee of Anglo-Catholicism and the start of its slow decline after the 1960s.

At every stage of this development, there were those who fell away and refused to assent to the advances of the radicals, and the movement became characterised by the rivalry of conservative and extreme elements, both embarking on creative projects of scholarship in an attempt to justify their own party labels. There were Branch Theorists who vehemently opposed the re-introduction of "popish" liturgical practices from the Medieval Church. There were Liturgical Romanists (served by the SSPP publishers) who adopted the aesthetic, if not the substance, of contemporary Roman Liturgy, refusing to drop Sundays after Trinity and the Collect for Purity. One important group rivalled the Romanists in the last years of the 19th century and were dismissed as practitioners of "British Museum Religion". The Dearmer set and the Alcuin Club are now remembered for the famous put-down I just quoted, and their often eccentric attempts to imbue the Prayerbook Liturgy with Sarum ceremonial. They were superseded by Romanists, now claiming to be Anglo-Catholics, and their legacy fizzled out as they became identified with the defeated High Church label.

So where has all this taken us, and what do we have to show for our journey and our battles? Anglican Papalism lost its identity after Vatican II, and the Ultramontane leanings of its clergy led to continuous, sometimes debilitating, defections to Rome culminating in the exodus of 1992 in the wake of women's ordination to the Priesthood in the Church of England. Anglicanorum Coetibus stands to flush out the very last Anglo-Papists in the Anglican Communion (at least those who accept the Papal claims in toto and fantasise that they are under the Roman Pontiff's jurisdiction). In a curious irony, the very Anglo-Catholics who for so long have disparagingly referred to non-Romanised, and more recently "alternative-integrity" ritualist Anglicans, as mere "High Church" imitators, are now being beaten about the head with the same label by some Roman Catholic Traditionalists, eagerly awaiting the Ordinariate's Anglican liturgical contribution to their slightly ludicrous programme of the "Reform of the Reform" (the image of clergy obscurbed behind the 'Benedictine arrangement' candlesticks and crucifux at a west-facing altar is one example that springs to mind of this movement's bizarre urge to invent traditions).

Indeed, irony is the prevailing flavour of the current state of Anglo-Catholicism and the purpose and integrity of those Anglicans who don't go to Rome will be a serious question that demands a serious answer. For my part, I think it's worth taking a step back to evaluate what the whole point of the Oxford Movement has been, and my personal conclusion is that we need to serious review the work and teaching of the High Church movement, and especially those High Church Liturgists who started with the Prayerbook and worked backward.

The High Church movement was cerebral, scholarly, quiet and calm. In contrast to the extreme Romanists who tried to nudge the Church of England to catch up with contemporary Roman Catholic practice, the High Churchman started with the basic premise that the formulas o the Prayerbook were an adequate, even complete, statement of the Catholic and Apostolic faith of the Church of England, and yet at the same time they were not so prejudiced (as Evangelical Protestant apologists were) as to overlook or dismiss the Medieval Liturgy of Sarum, and the uses of other great Sees, and indeed these Liturgists produced some important scholarship on Liturgy in Medieval England, translating the Sarum Missal and Breviary. These translations allowed for the publication of editions of the Book of Common Prayer printed in parrallel with the Sarum Missal - an exercise that allowed Catholic Anglicans to see quite plainly that whatever Cranmer had intended to do to the English Liturgy, in most cases he had merely paraphrased the Sarum Liturgy in English.

The High Church liturgists also took a fundamentally different approach to the Romanists. Instead of accepting wholesale the Liturgical culture of contemporary Rome, and updating their liturgies in line with the latest prescriptions from the Vatican, the High Churchmen took a more measured approach, focusing on the good and authentic aspects of the Prayerbook liturgy and living out that Liturgy according to their understanding of the Church's Apostolic history: They made the Eucharist the principle Sunday service, and fiercely defended the daily Office against the proliferation of daily celebrations and evening Masses. They encouraged devout Communion at one principle Sunday service rather than banning it at High Celebrations as the Romanists did. They were keen on continuity with the Medieval Church whilst also proposing that the institution was in need of reform, and they only very cautiously introduced aspects of Medieval Liturgy, and rarely invented new services. The sorts of things they did bring back were authentic and original to the context, and they delighted in their Englishness. Crucifers in tunicles became associated with High Church or English Use Liturgy by Anglo-Papists who had become used to copying contemporary Roman Catholic Liturgical practice, which was itself prone to imitate the Papal Court Liturgies. This despite the fact, and without the knowledge, that even Acolytes wore the tunicle in Rome until fairly recently. As Romanism became more extreme and intolerant as ultramontanists rejected any liturgical practice not sanctioned by the Congration of Rites, High Churchmanship became more tolerant of the Church parties around it, sure in its Anglican identity and steady, measured rapprochement with its pre-Reformation past.

I have to admit I don't know a great deal about this group, or the High Church Divines that informed their teaching, but I think it is now time to re-appraise the High Church ideals, and ask how they might be relevant to the future of Catholic Anglicanism. Romanism and its logical conclusions are set to play out in the years ahead. We have to decide whether we will give up on the Church of England, or whether we will try to carve out a more durable, realistic and authentic identity within it.
Posted by ex_fide at 14:17