The only catafalque in the City... 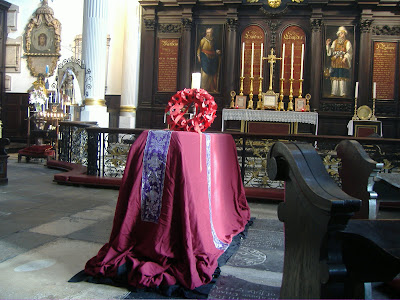 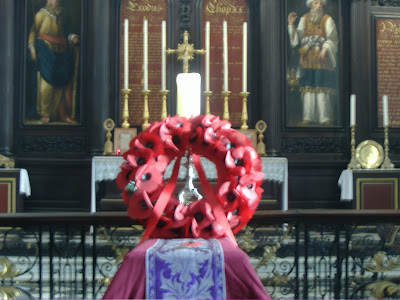 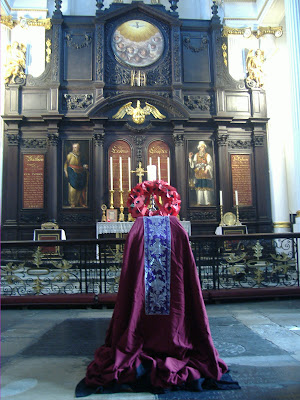 ...apparently.....After Mass, the church was live with comment that ours was the only catafalque in the City. Whether that's true, and I'm sure it is, our usual shedloads of tourists and hangers-on filed into S. Magnus in the early afternoon and were offered, in the simple outline of the catafalque with its wreath of poppies, a true memorial, a real shrine at which to take time out and pray for the wartime fallen.

A Solemn Requiem was celebrated this morning for Remembrance Sunday. As Subdeacon, I ventured into the new territory of chanting the Epistle. Luckily for me, the epistle at a Requiem is sung on one note. The Rites of Absolution at the Catafalque followed Mass.

There are many ways to profane a public day of memorial, but few more brutal than the shocking behaviour of the public that voted Jedward through on X Factor. Please continue to pray for the conversion of Louis Walsh.
Posted by ex_fide at 22:52