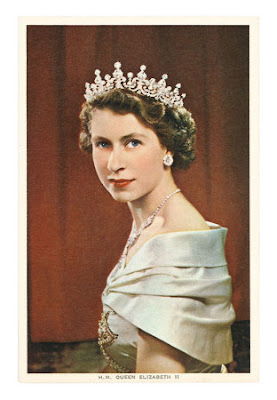 I always seem to be shooting my mouth off about something or other these days; Anglican Controversial. Well I just read something very interesting the news. A Labour candidate has apologised after calling Queen Elizabeth II “vermin” and “a parasite”. It’s very fun and lefty, undergraduate PPS etc to be either virulently anti-Monarchist or to talk affectionately but patronisingly about the British monarch. The arguments against maintaining our monarchy normally centre on their finances, and the details of their “cost” to the nation. They often also moan about the sexist system of succession, and the fact that the monarchy is hereditary, not meritocratic.

Against those charges, backed up with facts and figures and the constant demands on public finances, the arguments in favour of the monarchy often fall down, because they centre on the unquantifiable: the sense of continuity the monarchy offers, the tourist draw. Things that are almost impossible to express with statistics, but which nonetheless, parts of society maintain are important for our national life.

It is precisely this unquantifiable benefit of the monarchy that interests me, partly because it reminds me of the situation in the church. Those who support the monarchy would openly concede that the Queen’s role is almost entirely ceremonial, but they would also argue that this is ceremonial is an integral part of our nation. It’s what makes Britain what is really is. To me, the monarchy is about maintaining a particular historical discourse of statehood which is the authentic expression of the historical, national and cultural character of the United Kingdom. Britain is not a republic, and the day that we start swearing-in a President on the fume-choked lawns outside the Houses of Parliament with music by a veteran soul singer is the day we stop being British. By contrast, Venezuela is a Republic founded by “the Liberator” Simon Bolivar, and as such, the ceremonial life of the Republic revolves around the struggle against the Spanish and the symbolism of Bolivar’s public persona. They celebrate the victory of the Battle of Carabobo, not Waterloo, and when their leaders wander around in tri-colour sashes in military parades, they are continuing the authentic ceremonial of statehood appropriate to a young nation, forged during the high-tide of Republicanism by a military figure. If president Chavez were to declare himself Emperor of Greater Bolivaria (something he would probably quite like to do), he would be rupturing the ties of continuity with how a nation, and those who feel they belong to it, perceive themselves, and have continued to perceive themselves throughout history. He would be doing something inauthentic and inappropriate to Venezuela as she is, and has been for two hundred years.

All of this reminds me of those in the church who do not recognise the value of ceremonial and ritual, the ephemeral and unquantifiably beneficial aspects of the visible life of the church. There is such an urge to re-form, to re-shape the church in a way which is subjectively deemed more appropriate, and this tendency reached a tragic zenith in the Reformation. Even now we have a Bishop in Peterborough who has written that the Eucharistic services of the church should not be treated any differently from Mattins and Evensong, and as such could be “presided over” by laypeople. Orthodox Anglicanism, which teaches the Real Presence and the role of the Sacraments in Salvation, is viewed as too “superstitious” by such extremists and must be brought up to date. I don’t believe this teaching has any place in the Church of England, when it owes no loyalty whatsoever to the Church of S. Augustine, and defiles the precious continuity which the Church of England has claimed with the pre-Reformation church.

The word “heresy” comes from the Greek word that describes a “choice” of beliefs particular to a faction opposed to Orthodoxy, and it has been used over the centuries to refer to those who have willingly cut themselves off from the family of the faithful. Whether it’s the Sacraments or the Monarchy, we would be making a huge mistake if we gave ourselves over to the “heresy” of innovation. Those who love the Church, love Her Sacraments, the “mysteries of Salvation” which we can’t quantify or put into statistics to justify their role in our lives. Likewise, those who love Britain should think twice before resigning the monarchy to history. Let us not forget what the monarchy means, and has meant to generations, and reflecting on the prospects of Britain in the coming years, we might realise that we need Queen Elizabeth now as much as we ever did.
Posted by ex_fide at 12:08