Sacred Heart of Jesus.....and other things 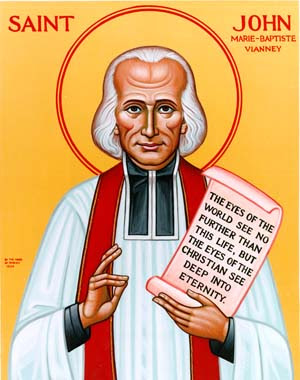 Perhaps I’m wrong to do so, but I frequently identify the Sacred Heart of Jesus with the Eucharist. In the image of an abused, bleeding, tortured heart, that is at once aflame with caritas, I see the folly of divine love which is made real flesh in the Holy Sacrifice of the Mass. The mystery of the Sacred Heart, in which God the creator of all “divest himself of glory” in order to subject himself to our harshest abuses, is too much for us to understand. And yet by launching ourselves into the depths of this mystery we are bathed in the light of God’s boundless love, the contradiction of His humanity and His Divinity, the paradox that we receive sacramentally in the Eucharist. From the flame of his Sacred Heart, Jesus offers to set light to our hearts, so that we might, if we’re willing, be burned up by the fire of that love. In the Mass too, we are invited to join the oblation of ourselves to that unsurpassable Sacrifice of Calvary and make ourselves “victims” of a love that we cannot describe.

There is a definite link, then, between what happens on our altars today and Pope Benedict’s institution of a Year for Priests on the 150th anniversary of the death of the Saint Curé d’Ars, S. Jean-Marie Vianney. The enduring teaching of the Curé is that of total dependence on the love of the Eucharistic Lord, and the way in which he viewed the Sacrament of Holy Orders in relation to the Sacrament of the Altar. Fr. Jeffrey Steele has drawn our attention to these lovely words from the Curé :

If I were to meet a priest and an angel, I should salute the priest before I saluted the angel. The latter is the friend of God; but the priest holds His place. St. Teresa kissed the ground where a priest had passed. When you see a priest, you should say, "There is he who made me a child of God, and opened Heaven to me by holy Baptism; he who purified me after I had sinned; who gives nourishment to my soul. " At the sight of a church tower, you may say, "What is there in that place?" "The Body of Our Lord. " "Why is He there?" "Because a priest has been there, and has said holy Mass. "What joy did the Apostles feel after the Resurrection of Our Lord, at seeing the Master whom they had loved so much?The priest must feel the same joy, at seeing Our Lord whom he holds in his hands. Great value is attached to objects which have been laid in the drinking cup of the Blessed Virgin and of the Child Jesus, at Loretto. But the fingers of the priest, that have touched the adorable Flesh of Jesus Christ, that have been plunged into the chalice which contained His Blood, into the pyx where His Body has lain, are they not still more precious? The priesthood is the love of the Heart of Jesus. When you see the priest, think of Our Lord Jesus Christ.


But the Eucharist is not the only Sacramental ministry which the priest undertakes in order that we might meet our Lord. In response to figures published in an Italian newspaper which reveal that only 2% of practising Catholics in Italy go to confession more than once a month, the Pontiff had the following to say (taken from this article in the Times) :

"Priests ought never to be resigned to empty confessionals or the apparent indifference of the faithful to this sacrament. In France at the time of the Cure of Ars, confession was no more easy or frequent than in our own day, since the upheaval caused by the revolution had long inhibited the practice of religion. Yet he sought in every way, by his preaching and his powers of persuasion, to help his parishioners to rediscover the meaning and beauty of the Sacrament of Penance, presenting it as an inherent demand of the Eucharistic presence."
The pontiff said that St. John Mary Vianney's followers knew "that their parish priest would be there, ready to listen and offer forgiveness." Penitents had from all over France, and he was often in the confessional for up to 16 hours a day, with his parish dubbed "the great hospital of souls."
The Pope urged priests to learn from St. John Mary Vianney to "put our unfailing trust in the Sacrament of Penance, to set it once more at the centre of our pastoral concerns, and to take up the 'dialogue of salvation,' which it entails". The French saint had "awakened repentance in the hearts of the lukewarm by forcing them to see God's own pain at their sins reflected in the face of the priest who was their confessor", while for those who came to him "already desirous of and suited to a deeper spiritual life" he had "flung open the abyss of God's love, explaining the untold beauty of living in union with him and dwelling in his presence."
On reading the article, I was shocked to find out that ONLY 30% percent of Italian Catholics never went to confession, as I assumed that many more people had absolutely no interest in this Sacrament. I’ve always seen it as a failure in catechesis on our part that so very few Anglicans go to Confession regularly, if at all. It is purely anecdotal evidence, of course, but in my experience, I have never seen a penitent make their confession before Mass in an Anglican church, and indeed only once after. In churches that have a regular time for confessions, if I do go then, I am normally the only one. At least we can take comfort from the fact that in the Roman church the situation is hardly better!

I hope that what I say doesn’t sound like a boast, and I’m definitely not trying to present myself as a model penitent, but I will speak of myself only because I cannot imagine a spiritual life without confession, and thanks to God I have the opportunity to go about twice a month. What drove me to the confessional for the first time was the weight of my sins, which I had prayed for the grace to see. I realised after my first confession that it’s all very well making a general confession at the beginning of Mass, or making a quick private prayer after realising some sin has been committed, but I know now that the surest way of knowing that a sin has been both truly admitted and truly forgiven is in the Sacrament of Reconciliation. In the confessional, one kneels alone facing Christ, represented by His priest. In speaking the sin aloud, the penitent is vulnerable, exposed to the unease of sharing something so intimate with Christ in the presence of another person who is capable of, though not disposed to, judgment. The confessional is a foretaste of the judgment, when we will stand alone before the Saviour and be held to account. It takes a great deal of trust in Christ, and in his Priests, to make that journey to the confessional, but that trust is repaid a thousand times if one receives absolution. In the Creeds we affirm our belief in “the forgiveness of sins”, and how sweetly we can sing those words when we have truly tasted that forgiveness; the inestimable gift that is not deserved, but which is freely given.

So I hope that the observance of this year for priests will be accompanied by an increase in recourse to their ministry of Reconciliation. It would be a tremendous mark of respect for and trust in a priest to ask him to hear your confession. If you were once a regular penitent but have now lapsed, heed the Pope’s call to go back! If you have never made your confession before, then do your research and make an amendment to go. You will discover that there is nothing oppressive or frightening about confession, only beautiful and joyful. Any priest would be happy to answer questions about confession, regardless of whether you want to confess or not. It’s not for nothing that this Sacrament has been called “the dialogue of salvation”. God has said the “ice-breaker”; why not answer back?
Posted by ex_fide at 16:57