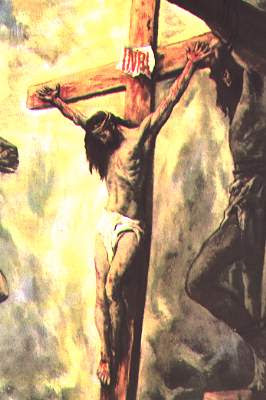 A defining feature of the Catholic faith, which sets it apart from innovative forms of Christianity, is the belief in tradition. Motivated by Christ’s promise to us that the Holy Spirit will guide His Church through the generations, Catholics believe that whatever was deemed good enough for the Apostles and Saints is good enough for us too. As a consequence, they affirm many pious practices and customs which are not directly commanded in scripture, but which point to an interior piety and offer a discipline that leads to holiness. So many of these practices have been absorbed into our daily lives, and even into local and national cultures, that we often overlook their origins and purpose. Other customs which were once seen as essential to the sound practices of the faith have now fallen by the wayside, considered old-fashioned or unnecessary, or even a hindrance to our spiritual growth. As one Eastern Christian writes :

We can always make innovations and change what our Holy Fathers and Mothers, Sisters and Brothers have kept for us intact for 2000 years--the Church canons, fasts, rules--etc. None of these later served as an obstacle to them to obtain sanctity and salvation. In fact, they believe that these were the means the Apostolic Church handed down to us from Christ. Strange that we would think so much differently than them, that we would think we are somehow wiser now than they, more understanding and compassionate, more liberated! We can change the rules and whatever we like, but let us not expect the same results!

One practice that was once universally commended is regular fasting and abstinence. In the East, the patterns of fasting, i.e. reducing one’s intake of food to one meal a day continue to be more widely observed than in the West. Most notably, Copts in Egypt and Ethiopia fast for roughly half the year. Apart from the fasts of Lent, Advent and certain ancient Vigil fasts, which I won’t go into now, the Western church has recommended that Christians fast on Fridays, as a weekly observance of the day of Christ’s passion, and regular way of doing penance for our sins. This fast was once binding on all Catholics on every Friday of the year, not only during Lent, but it is an observance that has been largely neglected in the last century.

Throughout most of the Church’s history, the Friday fast, as well as the other fasts of the year, were widely observed, and the Friday fast was explicitly defined as abstaining from eating flesh-meat (fish being allowed) on all Fridays of the year by Pope Nicholas I. The Friday fast is also enjoined by the Book of Common Prayer, which also denotes every Friday of the year, unless it be a feast day, as a day of fasting. However, the fast was only made obligatory in the Roman Church 1917.

In September 1983, Canons 1252 and 1253 reaffirmed the Friday observance, but added that Bishops may allow other forms of penance to replace the fast on Fridays outside of Lent only:

Canon 1253 It is for the conference of bishops to determine more precisely the observance of fast and abstinence and to substitute in whole or in part for fast and abstinence other forms of penance, especially works of charity and exercises of piety.
This recommendation contains much potential for an improved observance of Friday as a day of penance, by freeing it from exclusive association with abstaining from meat, and encouraging other “exercises of piety”….The problem is that it has been largely ignored! Few clergy now inform the faithful of their obligation to fast on ordinary Fridays and many Anglicans would think of it as a continental Roman Catholic custom to eat fish on Fridays which does not have anything to do with them. Many people are unaware of their obligation to at least perform some form of penance on Fridays.

To my mind, this abandonment of the Friday penance is lamentable, since its regular practice has much to offer anyone seeking spiritual growth. If you want to keep the custom of the universal church by performing penance on Fridays, why not…


Abstain from meat, and eat fish or vegetarian food on Fridays:

This practice can be most easily incorporated into one’s weekly routine. If you have a canteen at work, they might offer fish and chips on Fridays anyway, and most places have a vegetarian option. If you cook for your family, why not make Friday fish night. Treat the kids to something special, either from the chippy, or learn new and inventive ways to prepare fresh fish. Nutritionists are always telling us the benefits of eating oily fish regularly, so why not take up their advice and make Friday the night you eat it? If you’re dining out, you can easily select a fish or vegetarian option without causing inconvenience to your dining party. Whatever you do, remember that the meatless dish on your plate is meatless for a reason, and try to say grace!

Go to Confession on Fridays

Friday lunchtime or after work can be a convenient time to start making preparation for your Sunday Communion through the Sacrament of Reconciliation. Most people find Saturdays very busy, and that confession times for Saturdays often don’t suit. So why not look for a church near your workplace or home that offers a Friday lunchtime Mass, or is at least open at that time, and schedule a regular confession for then. Although Saturday evenings are the traditional time to start making preparation, many people use that time for socialising, so it might not be a bad idea to free yourself up and make Thursday night or Friday the time for self-examination, and then take up your preparation again on Sunday morning by reading psalms or the office on the way to Church.

Pray the Rosary on Fridays

If you don’t do it daily (and most of us don’t!), why not set aside Friday as the day that you do. Either pray the Sorrowful Mysteries that are traditionally assigned to Friday, as a way of drawing your mind to our Lord’s passion, or else pray the mysteries in turn each Friday, but make your prayer intention one of reparation for sins committed.

Find out what Friday devotions are on offer

Some churches offer “exercises of the Passion” on Fridays, which might involve the way of the cross or other meditations. Seek them out and discover a variety of devotions to add to your prayer life.

…or make it your habit to empty a box for loose change every Friday, making sure to add something extra. Traditional wisdom asserts that fasting is a pointless act unless it is done in a spirit of charity and love, so think about what you’re giving up, and how little others have, and make the effort to give charitably on Fridays.

Whatever Friday penance you decide to take up, make sure to pray for the grace to perform it well and consistently!
Posted by ex_fide at 16:41