Society of King Charles the Martyr 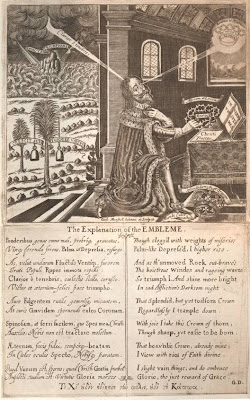 The thirtieth of January is marked in post-restoration editions of the Book of Common Prayer as a memorial for the Church of England's first martyr-saint, King Charles I. While many persist in seeing the King's mock trial and execution as just another historical event in the political history of England, for those in the Church, Charles was a martyr because he died in defence of the Faith; it was his refusal to give in to protestant demands for the suppression of the episcopate in the Church of England that he was lead finally to the scaffold.

The Society of King Charles the Martyr is a devotional society in the Church of England founded in 1894 to promote the cult of the English Church's martyr-king. It has been their tradition to hold an act of remembrance each year on the anniversary of his martyrdom in that very place where the King was executed : the Banqueting House on London's Whitehall. This year's event was very well attended, with around 200 communicants at the High Mass. 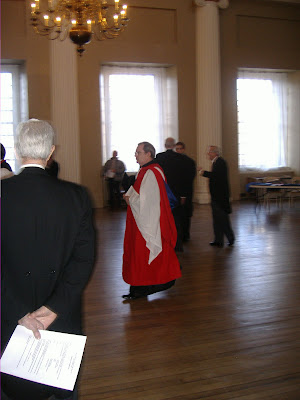 Dr Colin Podmore processes in, wearing the Oxon DPhil chimere appropriate to his academic rank. Dr Podmore delivered a very well-received sermon touching on the Catholic integrity of the Church of England and her episcopacy, and speaking about the threats posed to it. 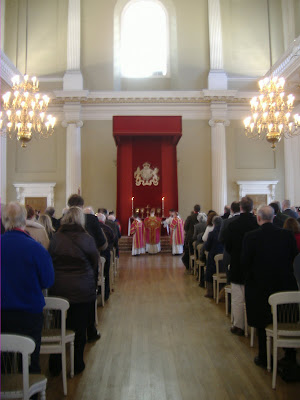 For the Mass, an altar was erected under the canopy. Here you can see the sacred ministers saying the preparatory prayers of the Mass, in this case the Our Father and Collect for Purity. Liturgists will be interested to know that the rite was largely BCP (including the Scottish 1637 prayer of consecration) with some Missal material and chanted propers for the feast. 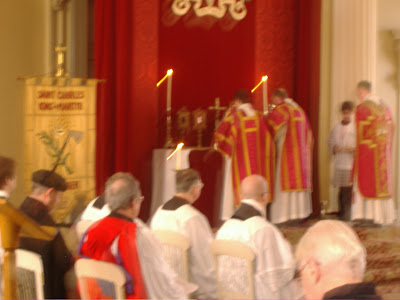 As you can see here, the Society's relics of King Charles were exposed on the altar during the Mass. 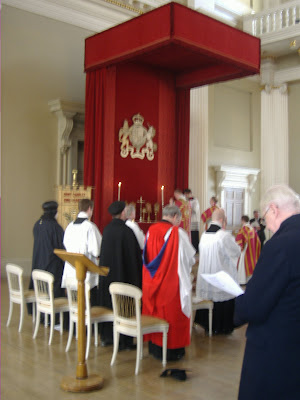 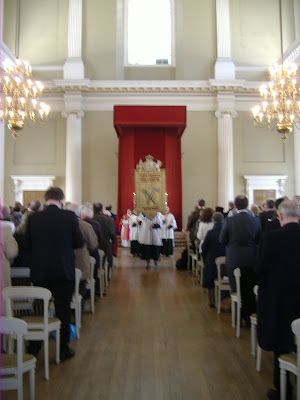 The procession from the altar, here you can see the Society's banner, and get some idea of how many were in attendance. 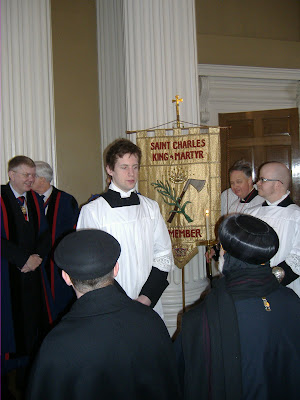 And finally, yours truly, having a chat with Abba Seraphim al-Suryani, Metropolitan of Glastonbury, and Abuna Peter, one of his priests from the British Orthodox Church under the Coptic Orthodox Patriarchate of Alexandria. My liturgical function at this event was as "chaplain" to our distinguished guests. We were entertained to a lovely lunch afterwards by Fr. Andrew Crosbie, who served as Deacon of the Mass and who was heavily involved in organising the liturgy.