Baptism of the Lord and Blessing of the Thames **UPDATED**

**UPDATE**
I have just received these pictures from our churchwarden, which were taken during the Mass of the Baptism of the Lord. They are a little fuzzy but considering we don't have a dedicated photographer, and the churchwarden naturally has his duties, readers will have to pardon us. The pictures offer a chance to see our newly acquired High Mass set doing what it was designed to do. It came from Elmore Abbey and as such exhibits the relatively simple decoration typical of monastic vestments, and it is cut in the Spanish style. You'll also notice the "true" dalmatic and tunicle, which are clearly differentiated from each other. The set includes a matching set of tabernacle veils and a humeral veil you could shelter an entire family under. 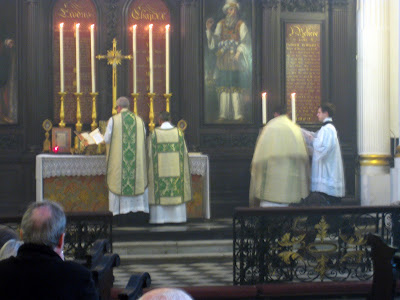 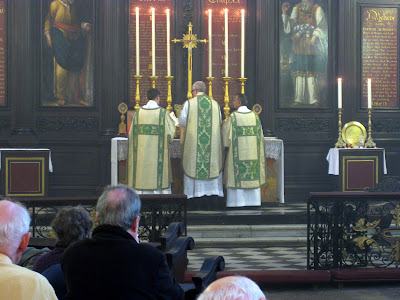 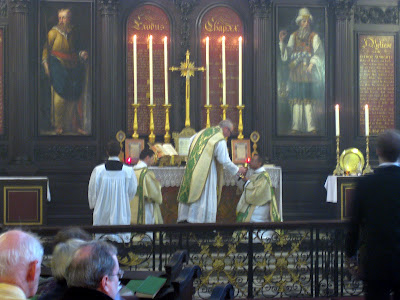 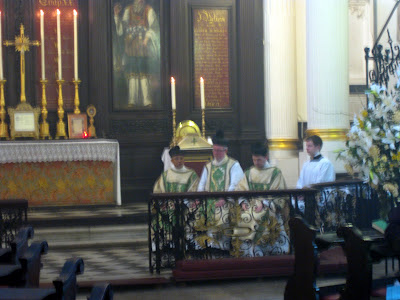 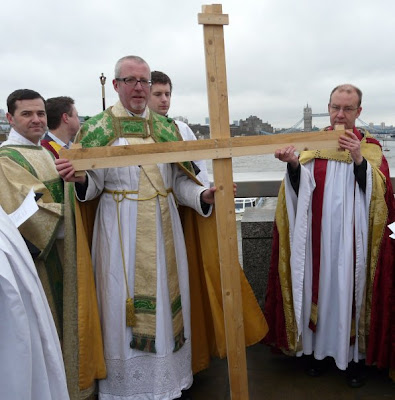 It is our custom at S. Magnus to process up to London Bridge after the Mass of this feast, to the point where our parish boundary meets that of the old S. Saviour's, Southwark (i.e. Southwark Cathedral) and there to conduct a ceremony of blessing the river, which involves readings, prayers for those who have lived and died on the river, before a large wooden cross is thrown into the Thames to bless it, and the people are sprinkled with holy water. This custom is followed by many of the faithful of the Eastern Churches, especially in Greece and Russia. My only experience to date of the Ethiopian feast of Timqat, which celebrates the Epiphany and Baptism in one go, was on my way back from Mass at Ss. Trinita dei Pellegrini in Rome, where I wandered into a small, typically Roman piazza and encountered a huge circle of Eritreans gathered around a collection of large plastic tubs full of water, where priests and deacons in colourful silk vestments were conducting their version of the blessing of the waters.

A short local media flurry (light relief from the "snow") followed the Blessing, with S. Magnus featured on BBC London television news, and also in the free commuter's daily, the Metro. It seems that every year, the event attracts more and more attention, and I'm pleased to think that so many people have been reminded of the contribution the Church makes to the City of London, not only by providing direct charitable and educational services, but also in that great service of intercessory prayer. 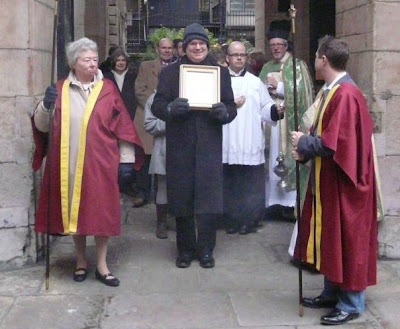 The procession forms, headed by an icon of the Baptism of Christ, held by Dr Colin Podmore 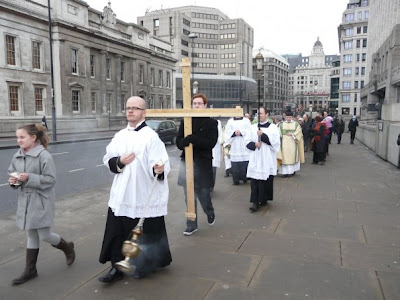 The procession on London Bridge 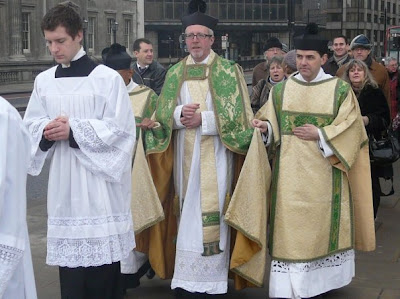 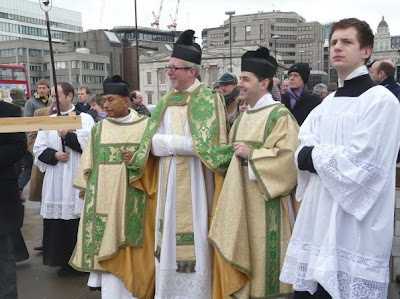 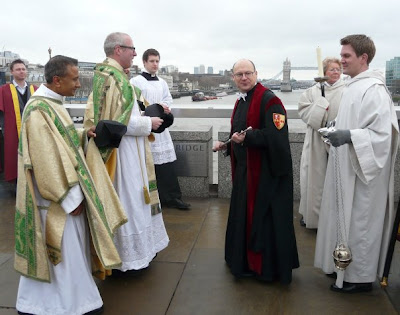 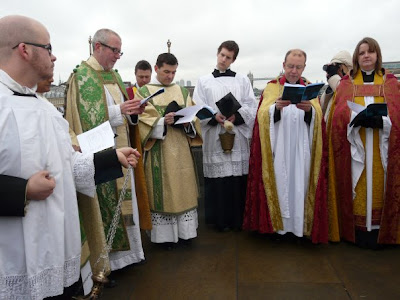 The service is underway 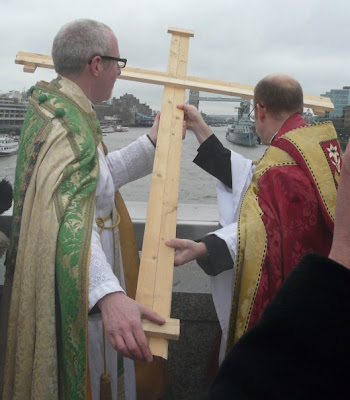 The cross is thrown into the Thames by Fr. Philip and Canon Andrew Nunn 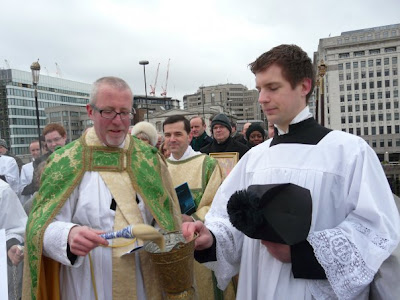 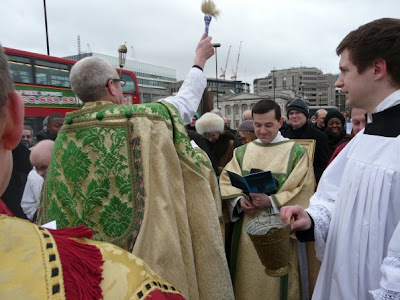 The people are sprinkled as a reminder of their baptism 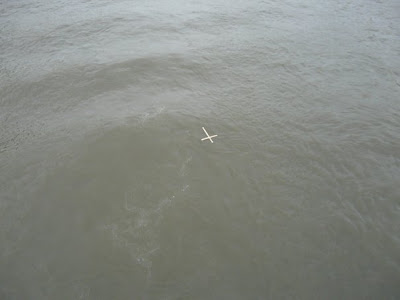